Owen only has one wish left. And this time, he wants to ensure it doesn’t come with nightmare side effects like his first two did. Unfortunately, Cleo, the scornful genie granting his desires, isn’t willing help. With the wish deadline fast approaching, Owen must find a way to gain Cleo’s assistance, or he’ll be stuck forever in a tangle of his own making. 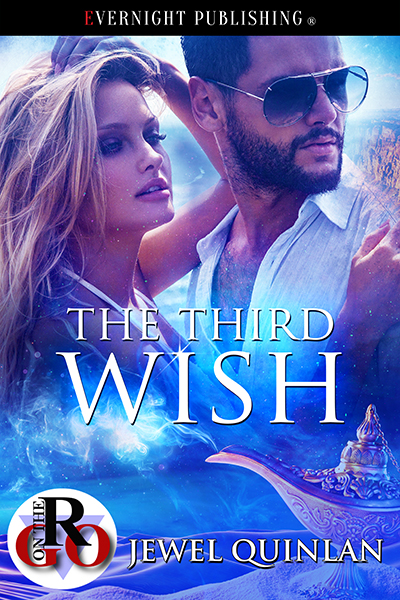 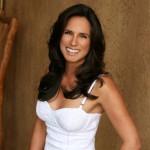 Jewel Quinlan is a bestselling paranormal and contemporary romance author. Since her debut in late 2013, she has published fifteen stories and has many more to come. Restless by nature, she is an avid traveler and has visited sixteen countries so far. Lover of ice cream, dark beer, and red wine, she tries to stay fit when she’s not typing madly on her computer drafting another romance novel. In her spare time, she likes to do yoga, hike, learn German, and play with her spoiled Chihuahua, Penny.

Visit Reverie Resort, a luxury hotel on a tropical island where vacationers come to enjoy their wildest dreams but get more than they ever expected…

Genevieve, a Jinn, comes to Reverie Resort for one last vacation before she must go before the Afrit tribunal and formally declare that she has no powers. She hopes to enjoy one last taste of a luxury beyond even what she is used to before being cast out of her own dimension to live among humans.

But something goes wrong. Instead of the spa weekend she’s expecting, she finds herself on a remote, barren planet being auctioned off to the highest bidder and has no way to contact her hosts to correct the situation. Is there really a mix up? Or do her hosts have sinister intentions toward her? In the meantime, she finds her new owner, Colin, to be quite attractive for a human…

Where you can buy it:

Add it to your shelf on Goodreads

Will turned to address the men again, but did not release her from his grip. “Have a good look at this beauty, gents.”

As they gawked at her, she stood straight and proud as though daring someone to try and claim her, returning their gazes with scathing, cold eyes, her fair lips pressed into a tight line. After one quick scan of crowd before her, she shot an icy glare at Will, who let go of her and backed off.

Colin chuckled. Could this petite thing be the reason for the bruise on Will’s cheek? She radiated anger, was so alive with it that it cast off her like the heat of a flame.

Will strolled to one corner of the platform as though nothing dramatic had just occurred. “Now, where shall we start the bidding?”

“What skills does she have?” asked one of the men.

“Yeah, can she work a terminal?” asked another.

“A bit scrawny for farm work. Looks like the most she’d be able to do is keep the house clean,” someone else commented. That was followed by snickering from the cluster of men around him.

The woman tossed her head and the dark strands of her hair gleamed onyx in the light of the double suns. “I do not do menial labor.”

She reminded Colin of warrior princesses in tales. And it was obvious to him that she was unused to being handled the way she was right now.

The trader wagged his eyebrows and strolled to the other side of the platform. “Who cares what skills she has? Come now. Let’s start the bidding. With a woman of this quality, why would you ever want her to leave the bedroom?”

The deep multi-toned chuckle of men followed his statement. But Colin wasn’t among them. Instead, he frowned, and started making his way forward to end the show.

“Who will give me twenty credits?” the trader shouted. “Twenty credits for the loveliest creature you’ve ever seen.”

The woman stood with her head held high, eyes distant, stance hard as the rock that formed the distant red mountains of Garrulus Four.

The men shuffled and murmured amongst themselves. Given the kind of lives they led, beauty was a luxury far outweighed by the many other qualities they needed in a wife. This lot of men were used to leading quiet lives, and they wanted women who did the same or went along with it at least. The woman on the platform would not fit in with this plan. Even if one of them could afford her, Colin doubted they’d be able to handle her.

Will’s eyebrows were high with shock. “Nobody?” He stopped his movement on the platform and pulled his head back in an exaggerated way, making his potbelly poke forward from the coat he wore. “No one will pay twenty credits for this gorgeous creature? That’s a bargain for someone like her.”

Colin saw one corner of the woman’s mouth quirk upward in satisfaction, and he grinned again. Obviously, she felt like she was winning so far, but what would be the consequences? She’d already stated she wouldn’t work, and she’d failed to declare any skills. If all she had to trade was beauty, she was on the wrong planet.

“Eighteen credits then. Who will pay eighteen?” Will called, an edge of desperation in his voice now. “You’ve all become shy suddenly. Suffering from performance anxiety, perhaps? Who wouldn’t be with her around, eh?” He chortled and leered at the woman.

Colin could see the men glancing at each other. Who would be crazy enough to take on the beautiful spitfire? That’s what it came down to, their masculinity. Clearly they found themselves lacking, because none of them were brave enough to bid.

As the silence stretched on, a warm wind whooshed through, audible in the vacuum of stillness. It was only then that the woman’s stance thawed. Her shoulders rounded, and worry transformed her eyes from their sparkling glare to the round-eyed, lost look of an innocent. The pink lips softened and parted revealing surprise at the group’s rejection, and Colin’s heart went out to her.

“Eighteen credits!” His hand shot up in the air before he even realized that the words had left his lips.

Restless by nature, Jewel Quinlan is an avid traveler and has visited sixteen countries so far. Lover of ice cream, dark beer, and red wine she tries to stay fit when she’s not typing madly on her computer concocting another romance novel. In her spare time, she likes to do yoga, hike, learn German, and play with her spoiled Chihuahua, Penny.