Owen has only one wish left. And this time, he wants to ensure it doesn’t come with nightmare side effects like his first two did. Unfortunately, Cleo, the scornful genie granting his desires, isn’t willing help. With the wish deadline fast approaching, Owen must find a way to gain Cleo’s assistance, or he’ll be stuck forever in a tangle of his own making.

Listen to a sample:

Where to buy the audiobook:

Want the ebook instead? 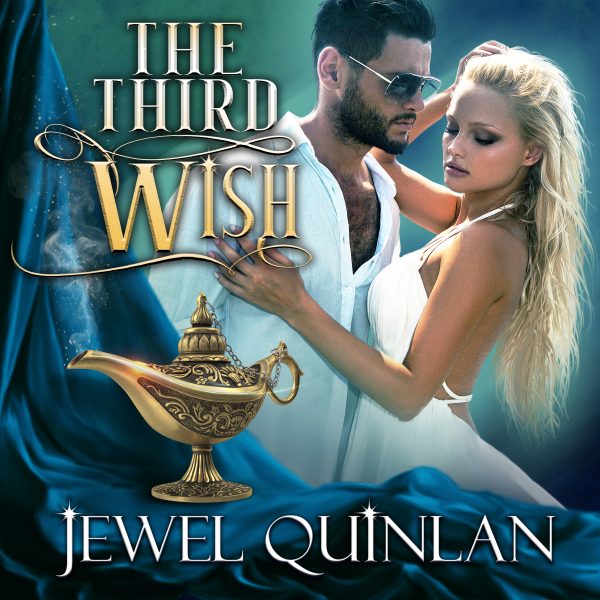 Jewel Quinlan is a bestselling paranormal and contemporary romance author. Since her debut in late 2013, she has published sixteen stories and has many more to come. Restless by nature, she is an avid traveler and has visited sixteen countries so far. Lover of ice cream, dark beer, and red wine, she tries to stay fit when she’s not typing madly on her computer drafting another romance novel. In her spare time, she likes to do yoga, hike, learn German, and play with her spoiled Chihuahua, Penny.

Or join Jewel’s monthly newsletter to receive updates on